15-year-old Dew shares why he thinks the Heartstopper books by Alice Oseman and recent Netflix adaptation are so powerful. He explains what difference it would have made to him and his coming out journey to have had access to more media like this when he was younger.

I’m Aled (nickname Dew) and I’m transmasculine (transmasc) and gay. I’m 15, in Year 10 at secondary school and use he/him pronouns.

Growing up I really didn’t see a lot of LGBT+ representation and it took me until Year 7 to even realise there was more than just straight, gay and bi; let alone anything to do with gender.

Unfortunately, this made it so much harder for me to accept who I am, both in my sexuality and gender.

I originally thought I was bi and cis female, then quickly moved onto pan and non-binary. Being non-binary felt easier than ‘fully’ being trans and I didn’t know what I was meant to feel like. It was only when people started favouring masculine terms for me that I realised I preferred it and was actually transmasc.

Sexuality was a lot more difficult. I thought I was pan because I knew I liked boys, but I also knew I wasn’t straight, so it made sense. As I started to transition, I felt I had to stick to that label until I spoke to another gay transmasc. He helped me realise that I do only like boys, but definitely in a gay way.

I only came across Heartstopper fairly recently when I saw a video about Charlie. I quickly found the online version and read it in its entirety in one day. Reading it for the first time was eye opening as I had never seen anything so open and positive about sexuality and gender; I just couldn’t put it down. I loved the depth of the characters and how they weren’t just their label. Also, the exploration of mental health, especially poor mental health, made the characters more human and relatable.

But unlike other media, Charlie’s experiences aren’t all because he’s gay, it’s stuff any teenager could go through for a multitude of reasons.

A groundbreaking part of Heartstopper that I’ve never seen before is a trans character in a relationship with another straight, cis character. This is extremely rare, especially with an openly trans character.

It’s safe to say I also thoroughly enjoyed the Netflix adaptation as I binged it all after school the day it came out. Although it wasn’t 100% accurate to the books (e.g. removing the character Aled who I stole my name from!), the ability to see real people go through these experiences in a school like mine made me feel more comfortable in myself and my experiences. And the use of LGBT+ actors show a real step forward in the media industry. As a media student that made me very happy, and I hope future years get the opportunity to study this show in class.

If I had the books or TV show when I was younger, I think it would’ve made my coming out a lot easier.

Both in the sense of explaining it to other people and actually understanding it myself. There probably would’ve been less label swapping and the whole journey would’ve moved faster.

In my opinion, media like Heartstopper is important for two main reasons: 1. Children can feel less ashamed or scared of who they are and avoid a lot of bullying from fellow peers. 2. It makes the community as a whole less of a taboo subject. More media portraying LGBT+ characters and storylines will helpfully lead the way to a more open and accepting society.

To the younger people who are reading this, I promise you are not alone in your experiences.

So many people have been where you are and so many to come will take your place. I encourage you to research the community and ask people about their experiences, it helps a lot. But most of all, don’t feel ashamed of who you are. No one can change you and in no way were you made ‘wrong’. It’s alright to change labels and pronouns, it’s all part of finding yourself.

Thank you for reading and I hope this helps some of you who need it. And happy Pride! 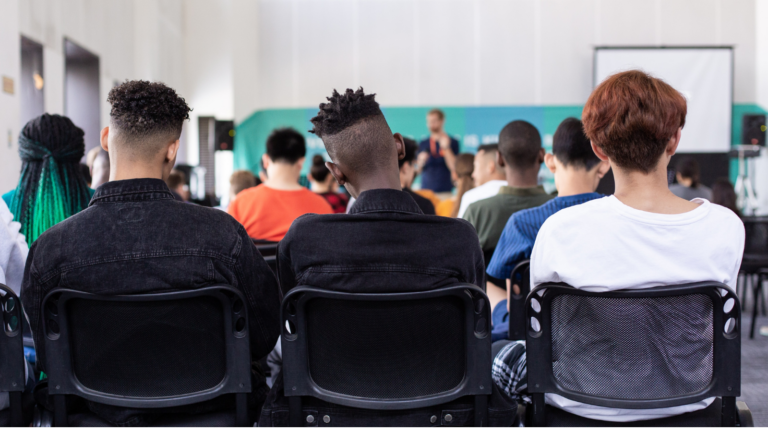 Following the recent Attorney General’s announcement that ‘schools have no obligation to accommodate trans pupils’, Brook’s Head of Policy and Public Affairs, Lisa Hallgarten, explores what this means for young…